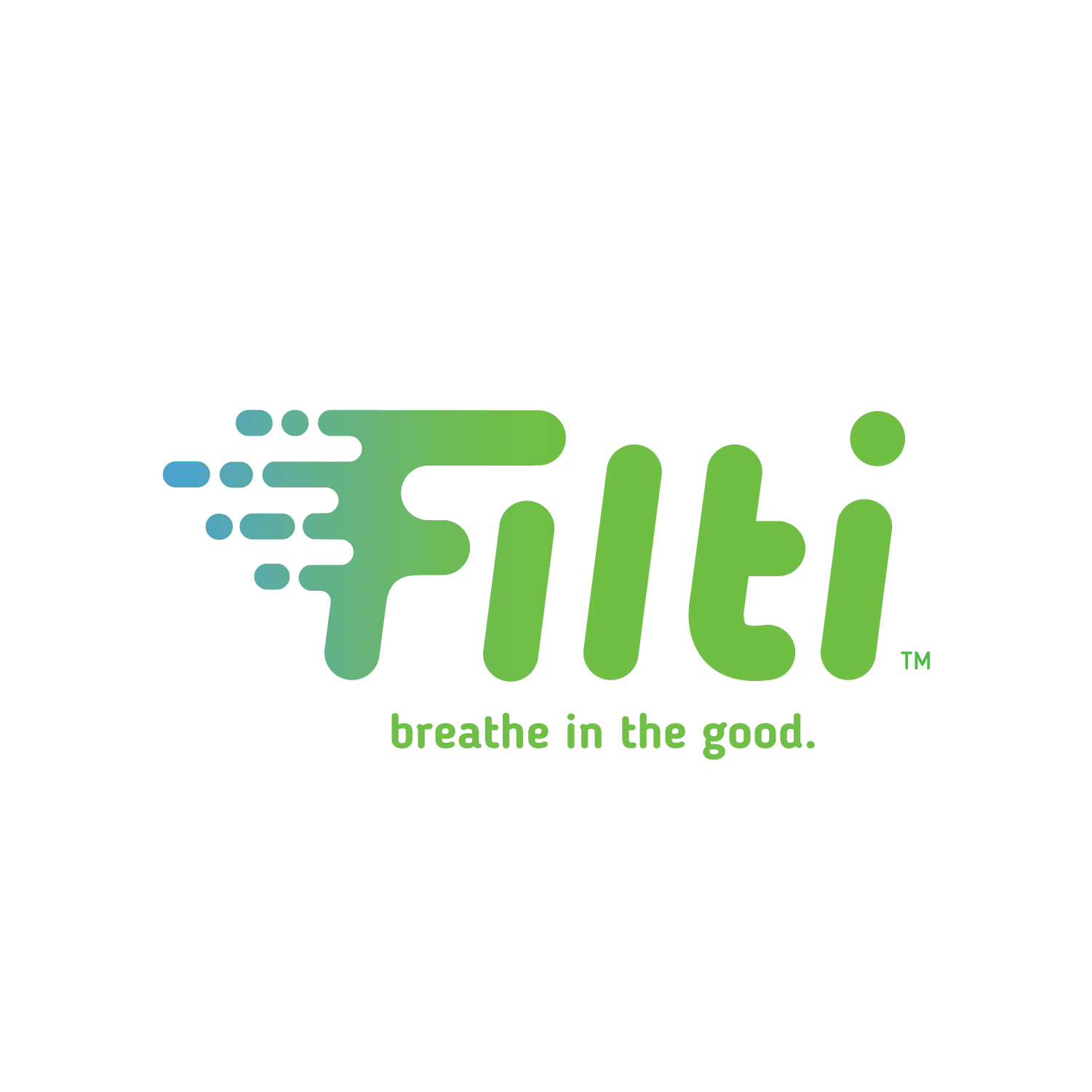 For those who have suffered from allergies before, they know just how miserable it feels.  Many allergens can trigger an allergy attack and identifying the source can be frustrating.  Some of the common allergens can be found hanging out in your home.  Reducing exposure to them can help clear up those allergies in no time. Below we will discuss the top 5 allergens that are found in homes.

While the name alone sounds gross, these tiny mites thrive in the areas that people spend the most time. Dust mites depend on humans and our pets as their food source.  Simply put, dust mites feed off the dead skin cells that our bodies produce.  Dust mites commonly live on upholstered furniture and bedding. When they either die or excrete waste, humans become allergic. For those who have had allergies or symptoms after sleeping, or after binge-watching your favorite series, it is highly possible the culprit may be dust mites.

To combat dust mites, it is best to rid areas of dust. A thorough cleaning at least once a week can reduce and remove dust build-up as well as dead skin cells and pet dander.  A good investment is also the preventative casing for both pillows and mattresses. Do not forget, anything that can foster a dust mite colony should also be washed in hot water and dried.  Washing bedding at least once a week will also help. 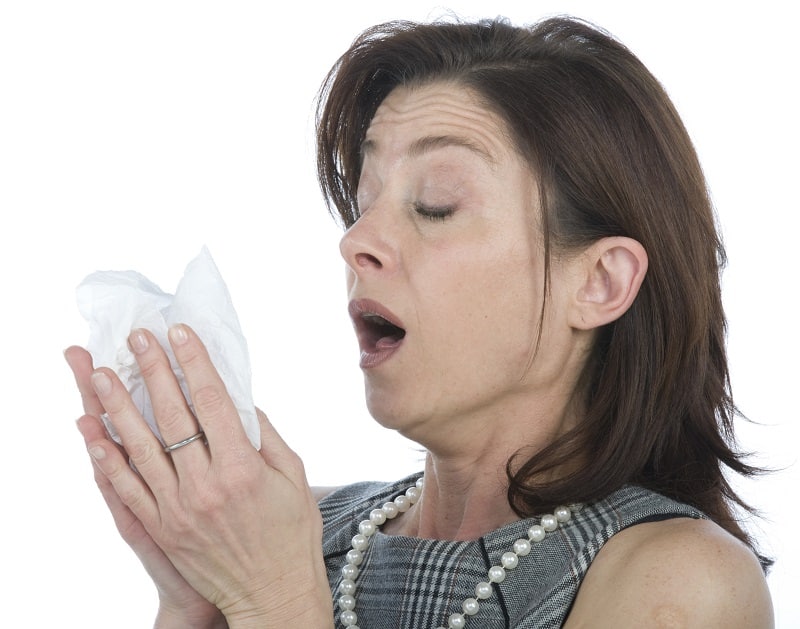 Animals such as cats, dogs, and mice all produce their form of dander. While fur is known for raising allergies and sometimes referred to as dander, dander is simply the protein that is found in their saliva and dead skin cells. In some instances, people do not realize that they have an allergy to their pets.  They often think and feel that they would be aware if they were allergic. However, this is not always the case, and most people do not realize that their allergies come from their furry best friends.

Spending endless hours around fur babies makes every one of us less aware that allergies exist. People can get used to these feelings and when they are no longer exposed, they suddenly realize that they were suffering all along. Pet allergies can be quite challenging to deal with, but it does not mean that it is time to give them up.

People suffering from pet allergies may want to consider designating special areas in their homes that are pet-free. Bedrooms are a primary candidate to be labeled as pet-free simply because we spend anywhere from 6 to 10 hours per day in our bedrooms.  This can be difficult for the pet owners that love to cuddle with their furry friends at night.  If this is the case, consider washing bedding several times per week and vacuuming or sweeping the floors daily.  Mice also release dander into the air. So even if personal pets are not around, it is best to look at all the sources before terrible allergies kick-off.  One effective way to combat this issue is to invest in your HVAC system. With the right filtration, the dander that is floating around will be eliminated. 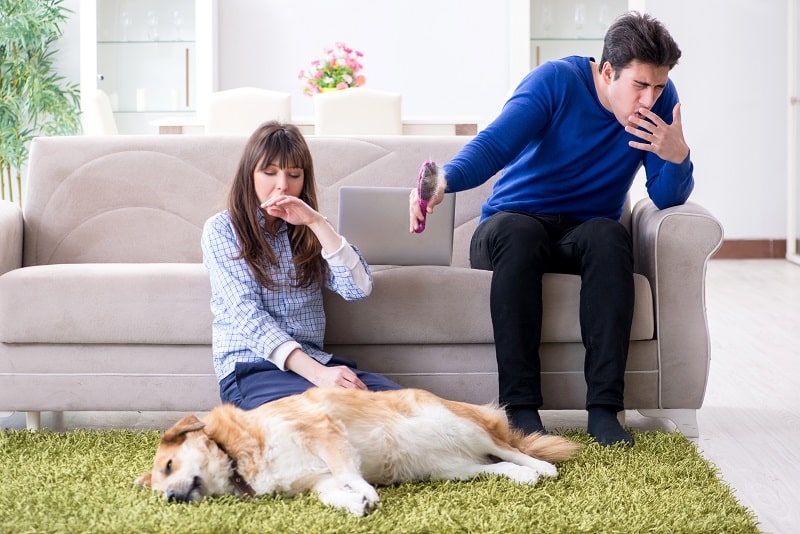 All damp areas eventually become moldy. This leaves areas such as kitchens, bathrooms, basements, and even laundry rooms suspect of becoming inhabited by mold. Additionally, plants are also responsible for contributing to a mold situation. This happens because their soil and leaves are great at trapping moisture.

For those with allergies, an indoor jungle might not be the best idea, especially for people that are sensitive to mold. Homes should be kept as clean as possible to reduce the possibility of mold. If mold results from issues such as leaks, then it is best to get them repaired by a professional.

While it may sound odd, the protein in cockroaches is an allergen.  Most people are exposed to cockroaches regularly and do not even realize it.  Whether in their homes or public spaces. Sometimes no matter how clean a person’s space is, there is still the possibility of having cockroaches somewhere.  Most often they get in through cracks in your home or your ductwork.

Roaches present many serious issues whether they are dead or alive. If they are dead, their body leaves particles that become dust and later float through the atmosphere. Besides the atmosphere, they can even be roaming in the walls where they die and later blow into the vents.

Living cockroaches also leave behind waste that is known for causing allergic reactions. To deal with the issue of cockroaches, it is a great idea to keep food safely stored and clean up all those crumbs. Additionally, exterminators can be called in if there is a serious roach problem. 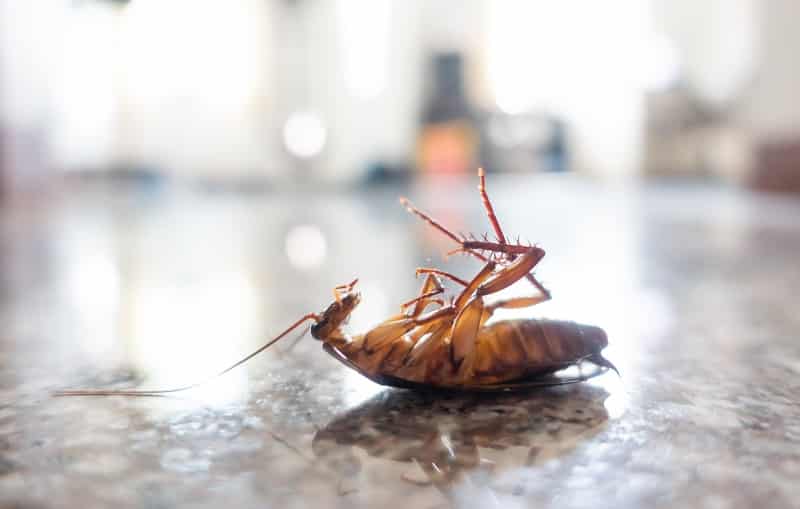 While most people often think that pollen frolics in the outdoor air only, pollen can travel indoors as well. Pollen is often brought into your home as you enter or leave. To deal with the issue of pollen indoors, it is recommended that outdoor clothing be changed immediately.

It is also advised that these pieces of clothing be kept away from beds and sofas since pollen detaches and attaches to new surfaces easily. Medical professionals have also indicated that it is a great idea to store outdoor clothes in a separate hamper and not in bedrooms.

How to Ease Allergy Symptoms?

While you are now becoming acquainted with allergens and their pestering symptoms, it is recommended that you take the necessary precautions mentioned. Allergen symptoms can be dealt with on a large scale by simply reducing exposure. There is a possibility that the allergens mentioned above already plague your home.

However, there is no reason for doom or gloom because homes and personal spaces simply need to be kept as clean as possible.  This includes having clean air in your home.  In the case of pollen, there are designated times that the natural atmosphere is filled with pollen. During this time, be sure to check the pollen levels on your news forecast and plan.  Doors and windows should also stay closed during these times to reduce pollen from blowing indoors. 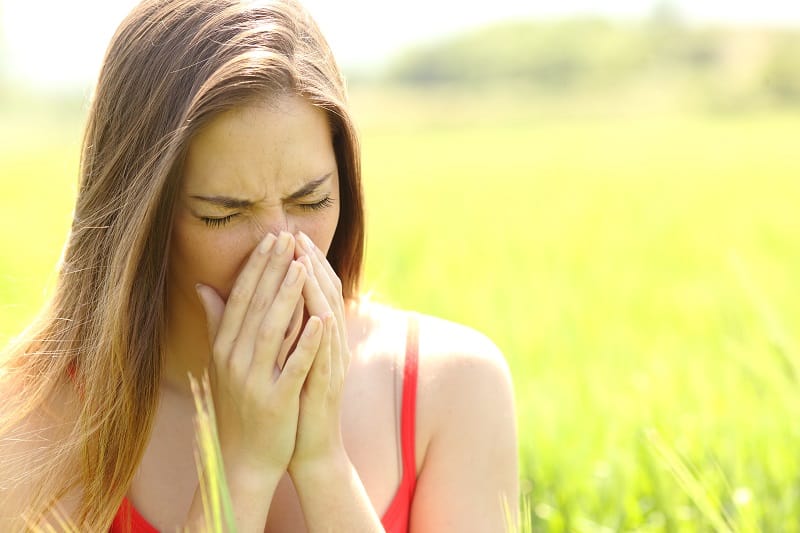 Additionally, the indoor air quality should be kept as clean as possible. Hence, it is a great idea to use your HVAC system with air filters that trap allergens.  Also, be sure to have regular maintenance performed to include having your ducts cleaned as needed.  The air should also be kept dry with the use of a dehumidifier during the wetter months of the year.

In conclusion, the top 5 allergens were discussed. Allergens can be annoying and troublesome to deal with, but they do not need to be the master of anyone’s lives. The symptoms associated with allergens can be easily dealt with by increasing cleanliness, air quality, and reducing exposure to them.

Enter your email address below to receive periodic updates from Filti.